And it really is big! Covering 5,280 hectares, the Parklands stretch 27km from Quakers Hill in the north to Leppington in the south. That’s greater than the distance from Parramatta to Central Station!

We have some of Sydney’s best attractions like Raging Waters, Calmsley Hill City Farm, TreeTops and the new Sydney Zoo. Experience the thrill of motorsports at Sydney Motorsport Park and Sydney Dragway, catch a movie in retro-style at Skyline Drive-In, before settling in for the night at Atura Hotel Blacktown.

For nature-lovers, we have 60km of tracks and trails to explore, perfect for walking, running and cycling. And the kids will love our award-winning playgrounds and picnic spots.

Whether it's adventure in the tree tops, thrills at the racetrack, animal encounters, or fun at the water park, Western Sydney Parklands is home to some of Sydney’s best days out. 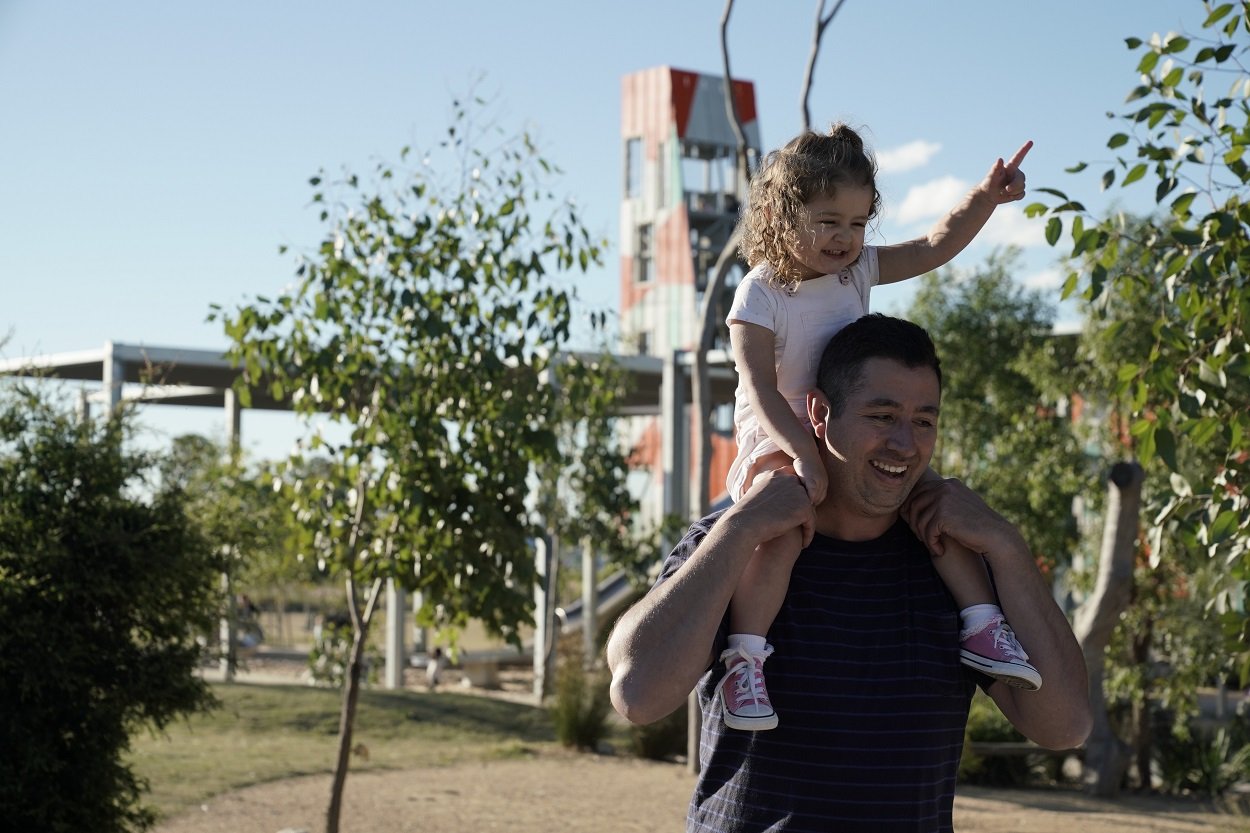 Pimelea Loop (1.6km), a gentle track for all, connects Lizard Log and The Dairy and boasts fields of beautiful bluebells which bloom after the rain. Pick up some fresh produce grown nearby at the Horsley Park Urban Farms or drop by Café Saluti by Novella nearby for a mid-walk coffee.

Test yourself on the Moonrise Loop, a challenging 6.2km walk that takes in many of Western Sydney Parkland’s greatest sights. Spot a kangaroo or wallaby, enjoy the spectacular bird watching and for a sweeping view of Sydney, ascend to Moonrise Lookout.

The 3km Spotted Gums Loop is one for the bushwalking lovers as you traverse the fire trail near the Cecil Hills area of the parklands and take in the spectacular bushland scenery.

Stroll Western Sydney Parklands’ rolling countryside on the Bungaribee Trail. The 4-6km walk takes you through wetlands teaming with birdlife and grasslands abundant with native wildflowers and kangaroos and wallabies. Head over to award-winning Bungarribee Park afterwards for an epic kids’ playground, BBQ and toilet facilities.

For a different view of the bush, head up into the canopy at TreeTops, just off Cowpasture Road. Thrillseekers can enjoy an exhilarating ride on the world's fastest rollercoaster zipline, or take on self-guided treetop ropes courses with more than 100 rope ladders, wobbly bridges, tunnels, cargo-nets and zip lines to test you. Picnic and play with family and friends

Western Sydney Parklands has no shortage of beautiful picnic areas with barbecues, shelters and amenities, as well as some of Sydney’s most exciting playgrounds. Lizard Log, Plough and Harrow, The Dairy, Sugarloaf Ridge and Bungarribee Park are much loved picnic spots. They contain large and small picnic shelters (most can be booked online), toilets, free BBQs and free parking.