Greater Sydney Parklands is working with the NSW Office of Sport (OoS) on a Masterplan to create a premier destination for motorsports, entertainment, education and events at Eastern Creek in Sydney’s biggest backyard! Western Sydney Parklands is working closely with the TfNSW M12 Motorway Project team and the Sydney International Shooting Centre on relocating the Wylde Mountain Bike Trail (MTB) which is moving with the introduction of the new motorway.

Wylde MTB is a significant recreation facility in the Parklands and provides a huge expanse of green space which offers a range of exciting experiences and challenges from beginners to advanced riders.

The new design builds on the success of the current Wylde MTB and will include:

The current Wylde Mountain Bike Trail may require partial closures to facilitate preliminary site investigations as part of the M12 Motorway project and will remain open until the new trail is complete by the end of 2021. All efforts will be made to minimise disruption to riders during this time.

The Abbotsbury Precinct, in the centre of the Parklands, takes in Lizard Log, The Dairy, Calmsley Hill City Farm and Plough and Harrow.

We will undertake site investigations to inform the design of the track and associated fencing and landscaping. Construction will begin sometime in 2021. Want to know more about this, next steps and view a map of the proposed track, Read more.

An iconic new walk for Western Sydney is coming soon 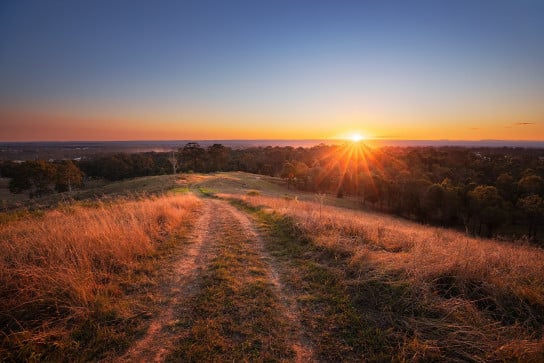 Plans are one step closer for an iconic new walk in Western Sydney Parklands showcasing some of Sydney’s most beautiful bush and beauty spots.

Western Sydney Parklands Trust is finalising plans for the Walk which travels, between the Wylde Mountain Bike Trail and Middleton Grange, providing a new nature-based walking experience across 12 kilometres. Read more about this project.

We’ve created a fabulous playground, BBQ and picnic facilities, walking and cycling tracks, and all the essentials like toilets, car parks, sealed roads and shade structures.

Current works include construction of a pedestrian bridge over Eastern Creek and associated tracks and plantings to provide a better connection for walkers and cyclists between the eastern and western sides of the Bungarribee Park. During this time parts of the Hearts Crossing Loop will be closed until construction is completed for the safety of visitors. The new bridge is expected to be open early 2021, weather permitting. See Park Notices for general updates.

We’ve been upgrading the network of cycling and walking tracks in the parklands for a few years now – it’s a big job! We’re currently working with Blacktown City Council to improve the Nurragingy Precinct at Glendenning.

To that end, we’ve finished building a new 3.5m wide sealed track spanning from Power Street to Woodstock Avenue, along the western side of Eastern Creek across from Nurragingy Reserve. This means there is now a continuous sealed link through the Parklands the entire way from the M7 through to Bungarribee. Seating and native trees have been installed.